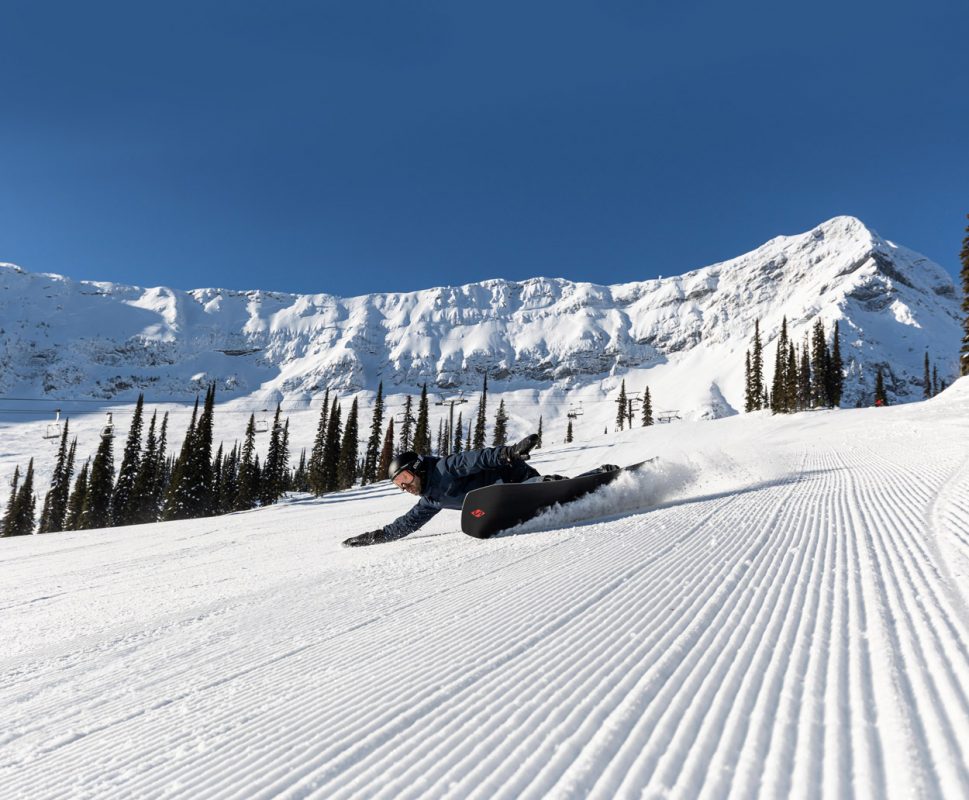 Welcome to the Stranda family! Let’s start from the beginning, where did you grow up and how did you get into snowboarding?
I grew up in Waltrop, a small town in the ‚Ruhr Valley‘ in Germany. Zero mountains! Lots of chimneys! My parents put me on skis at the age of five in Flachau, Austria. I cried in the car when we left to go home. I just loved the snow and the mountains.

Eleven years later and after two years of begging, they rented me a snowboard. That was the spring of 1993, and that ended my ski career forever! Snowboarding was everywhere in the early Nineties. It was the coolest thing a kid could imagine. I just had to do it!

Favourite place to ride?
Engadin, Switzerland (St. Moritz area). If only there were less people and the general mentality was a little more “Canadian”. The infrastructure is unreal, and the season goes from mid October to late May.

Can you describe yourself in one sentence?
One day I might be able to do that…

What´s your favorite trick to watch?
The turn – done by a master, it is the most beautiful thing on snow

What is your favorite book?
Narcissus and Goldmund, Hermann Hesse

Do you listen to podcasts, if so what´ your favorite podcast?
F’n Rad Snowboard Podcast. Best splitboarding/snowboarding

Best splitboarding/snowboarding Hack (advice) you have?
Splitboarding: Switch to hardboots! Now!  Snowboarding: Spend a lot of time learning how to turn. The turn is the first trick you learn and the last one you’ll master…

Who have been some of your biggest influences as snowboarder?
Craig Kelly – the grace in his style has yet to be found elsewhere. Legend in every possible way.

Jeremy Jones (freeride) – he gave the industry directional boards in a time when they had almost vanished from the earth. Generally a very inspiring person.

Terje Haakonsen – so much skill and still progressing in his mid forties! Always speaks his mind. Some people think he’s a dick, while he simply cares about stuff and backs up his truth.

Ted Ligety – yes, he’s a skier! But his absolute love and passion for the turn make him a snowboarder at heart 😉 Inspiring to watch his body in action. Power meets precision.

What boards have you gravitated to in the Stranda line up and why?
Descender 162W: It’s a true freeride board. Its range of use is huge! For how stable it is at top speeds, it is unbelievably easy to steer at slow speeds. An intermediate rider can have fun with it as much as an expert. It’s “Business in the front, party at the back”! The nose charges through anything, while the tail steers/drifts like a surfboard. Incredible combo!     Shorty 164W: I like a larger turning radius. That’s why I prefer the Shorty over the Bowlrider and Tree Surfer in powder. The Shorty is my powder dream. It makes you feel invincible: You can’t sink it, the nose doesn’t fold despite being soft in the very tip, the tail never hooks up. I’ve ridden many pow boards, the Shorty eats them all for breakfast. Interestingly enough, it’s a carving dream on a corduroy day! Smoothest turn shapes out there.
Cheater 170W: It was my first Stranda. With this board Mats simply shows the world how deeply he understands board design. I could talk about the details for hours… If you understand the physics of carving, and someone explains to you the Cheater, you’ll buy one, and that’s that. It’s like cheating… It’s incredible!
Pipeliner 185: After one run I said to a friend on the chair that this must have been Mats’s first Stranda board. It felt like the ring to rule them all. It felt like the mother of the brand. I called Mats, and he confirmed. If you appreciate corduroy carving and are an advanced to expert rider, this thing might change your world.
Nallo 177: When it’s so deep that you can hardly breath, the Nallo comes out. There’s nothing like the Nallo in waist deep pow. It might be the definition of soul surfing!

What does the future hold for you? Any goals, trips or projects for this season?
live right next to one of the best ski hills in the world. I hardly ever leave this place in the winter. It’s all right here… More splitboarding is always on my mind, but then I just go to the hill again 🙂 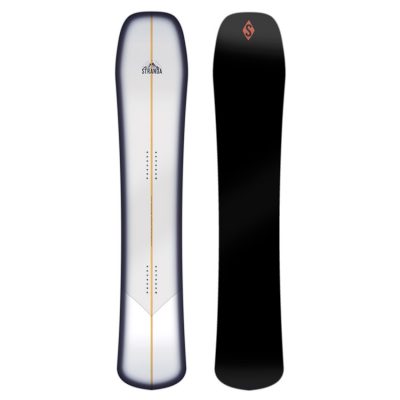 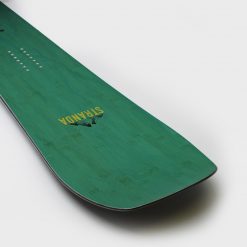 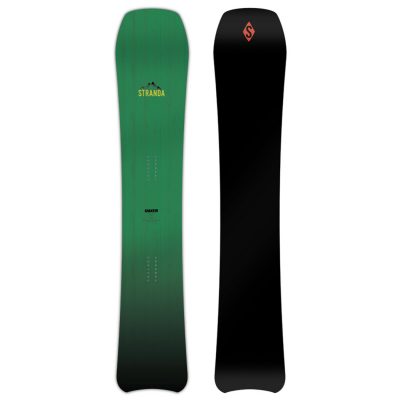 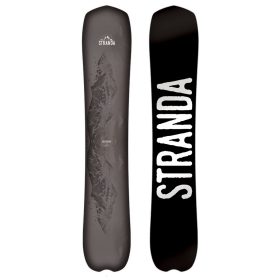 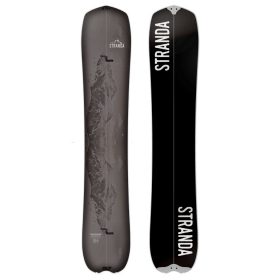