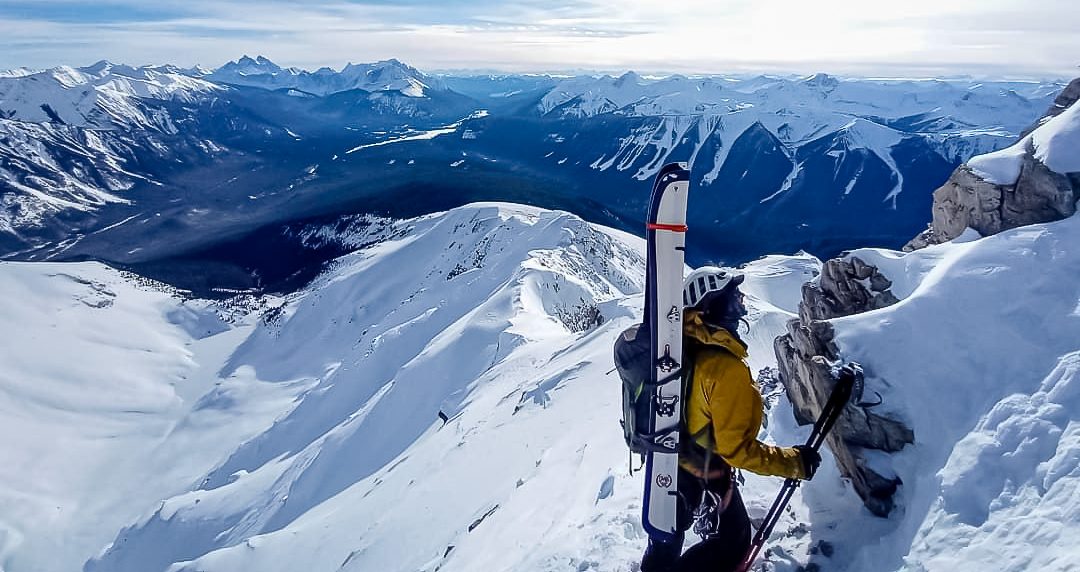 Welcome to the Stranda family! Let’s start from the beginning, where did you grow up and how did you get into snowboarding?
I grew up in Barrie ontario. Apparently the first time I was ever at a hill I skied but I was too young to remember. My parents used to take my sister and I to snow valley where we originally just started tubing as a family activity. Around the age of 8 my mom and dad would soon put both my sister and I on a snowboard and sign us up for lessons. I liked snowboarding and we did it on some weekends and snow days at first. I would spend as much time at the hill as I could remember. It wasn’t until I was about 16 when I went to ride with friends on a school trip that I found my love and passion for snowboarding. I remember that day and thinking “oh yeah, this is what i want to do with the rest of my life”. I would then go every chance I got. Shortly after I would start working at one of the local hills and ride every day before or after work in the terrain park. I certainly adopted the term “park rat” in my earlier years of riding.

Whats your home mountain?
My home mountain growing up was Snow valley resort in Barrie Ontario. Once my passion for snowboarding progressed I started riding the bigger hills nearby with bigger parks and features: Horseshoe Resort, Blue Mountain and Mt St Louis Moonstone.

Favourite place to ride?
My favourite resorts to ride are Whitewater in Nelson, British Columbia and RMR in Revelstoke, British Columbia nestled in the Selkirk ranges of Canada. Such playful resort’s with great snow and some big terrain too.

My favourite place in the world might be on top of the columbia icefields. It’s the roof of the rockies. you feel like you’re sitting on a monolith of rock and ice staring into the deep space of our canadian mountain ranges. I can’t help but feel at home amongst these giants. It may be flat for the most part and sitting at around 3000m but there are some pretty engaging lines to be had and even some possible first’s for the true masochist’s out there.

Can you describe yourself in one sentence?
I usually don’t like to do this. I find it hard to describe myself so i’ll give it a shot. I’m a simple man, an easy going character riding the waves, carving through life, there’s a different turn around every corner and you just have to go with what feels right. Unique would be one way to describe the average interaction with me. I’m not everyone’s favourite person and I know this. I believe honesty is all we have in this world and sometimes that level of depth might rub people the wrong way. My mother used to tell me I’m unapologetically myself. Yew was she right.

What´s your favorite trick to watch?
I love watching someone do a big slow back 180 or underflip over a lip or off a cornice.

What is your favorite book?
Ishmael by Daniel quinn. If you haven’t read it and are looking for something to open your mind to the idea of “civilization” before. You could start here.

Do you listen to podcasts, if so what´ your favorite podcast?
The Sharp end podcast. It’s a sobering reminder of the reality of the life we like to live, how close we are to the edge and limits sometimes, and what happens when the cards just aren’t in our favour some days. Accidents happen to everyone experienced and not.

Best splitboarding/snowboarding Hack (advice) you have?
Oh i might get a lot of hate for this one but learn to split ski!! Split skiing is one of my most useful methods to get around on big ski traverses and in low angle downhill terrain when I just want to move efficiently and the riding is really flat. It’s tough when you have to learn to ski but it’s faster than committing to changing over every time when you don’t necessarily need to or want to.. You might even impress your ski friends when you make better teli turns then they do!

Who have been some of your biggest influences as snowboarder?
At first it started with the classic Jeremy Jones and Travis Rice. I was obsessed with art of flight and the Further, Deeper, Higher series and ultimately they fueled my manic level of obsession for the outdoors at the start of this long journey. As the years went on I have come to appreciate big tricking style in backcountry riding, riders like Jake Blauvelt, Mark Landvik, Jamie Lynn, Eric Jackson, Jesse Burtner really set the tone for me as a young gun from hitting the jumps and rails to moving into bigger natural mountain terrain, hitting natural features and riding cool lines.

If we’re talking about guiding though, a role model for everything I do out here in canada. I have one wayne gretzky i’d like to show appreciation to as his career is something i have looked up to for a long time since moving to alberta in 2013 and has motivated me to chase the guiding path on a snowboard. It’s Joey Vosburgh.

What boards have you gravitated to in the Stranda line up and why?

At first I was really attracted to the 158 descender splitboard, it had everything i wanted in a board, camber dominant, slight setback directional twin, stiff for hard carves and good pop with good damping for hard landings, it was on the lighter side of a strong wood core board. It seemed to me like I had the ultimate free ride machine and it did not disappoint. I said to Mats and Lars I would try riding it and they would get my honest feedback, and that they did.

In Canada in the Rockies our snowpack can be quite temperamental and most seasons we can’t be super confident about stepping into very complex big alpine terrain with serious consequences until spring when we rely on bridging highly to keep away from really deep persistent layers that tend to form early season and don’t really heal well or disappear in our usual climate. Some seasons, not at all. So mostly just finding good snow and milking powder stashes is a typical winter around here.

I got my hands on a 159 shorty splitboard to try during the mid winter pow shredding months. Wow. Just wow. It’s more flexible so it rides soft like a noodly park board which is more my style, but also being camber dominant directional with the tapered shape, shovel nose and classic style made this board my pillow smashing face shot dream machine.

I’m really excited to get my hands on a StrandaTree Surfer 161 and try that out this season in Rogers or Kootenay pass, just deep places where a swallow tail will make the ride come alive.

What does the future hold for you? Any goals, trips or projects for this season?
This season id like to explore some of that deep space I talked about. I have been plotting expedition plans near the Canada/Alaska border to keep it vague. I’d also really like to climb and ski Mt Logan Canada’s highest peak in the Yukon. I’m hoping to finally execute one of these dream missions. Chic Scott a renowned Canadian mountaineer once said to me 90% of Canada’s mountains are rarely skied or not at all. This is my drive to do my research and get out into the unknown and maybe find some first ascents/descents and explore an area that humans have rarely or maybe never seen/been. There’s also quite abit of this sort of research going on into my home ranges and trying to find things other poeple may have not gotten to yet. Other then that I’m just excited to ride pow with good friends and guests and enjoy some of that silly laughter the snow brings to us all. 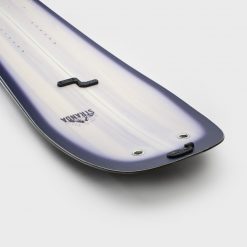 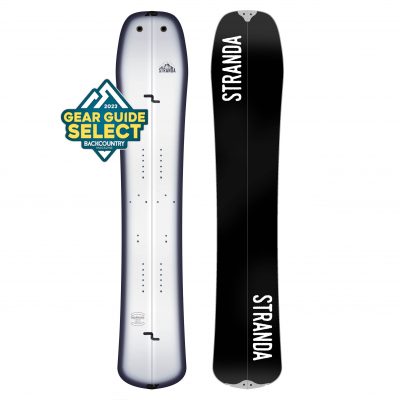 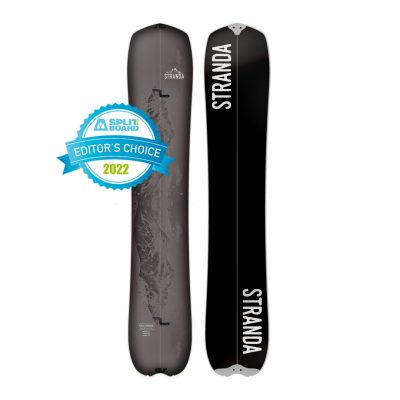 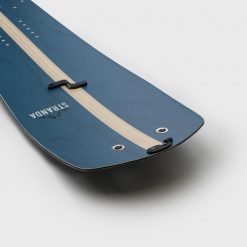 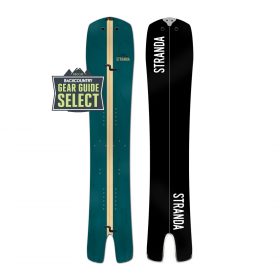 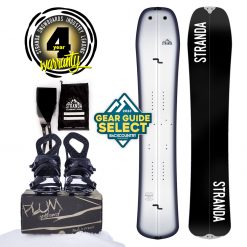 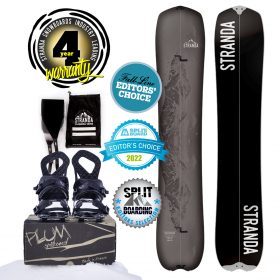